In Rome we can enjoy The Theme Parks for the amusement

RAINBOW MAGICLAND is the great amusement park located in Valmontone, near Rome. It covers an area of 600,000 sq.m

Amusement for the whole family! Rides and Attractions for all people: children attractions, adrenaline attractions, water attractions, teathers and so on.
Inside the Park we find a main restaurant, una pizzeria, fast food, a lot of snack bar and bar. 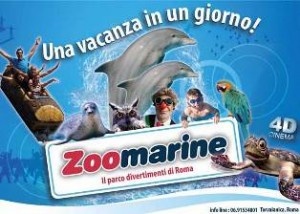 Zoomarine, Zoomarine Italy is the first Italian Park to be awarded “zoological garden”, The 40-hectares park, has different zoological areas such as: the Dolphin’s Island, the Pinniped’s Bay, the Parrots’ Forest, The Predators’ Plain and the Little lakes walk – where visitors can admire dolphins, seals, sea lions, tropical birds, birds of prey and water birds. Zoomarine is an Acquapark with a lot of animal shows, one of the best is the Dolphin Show. There is also a 4D Cinema, attractions and rides for family! 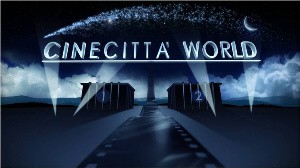 CINECITTA’ WORLD: The Italian Theme Park dedicated to the CINEMA. It is located where Dino De Laurentiis built his first Cinecittà studios in the 1960s. Cinecittà World covers an area of about 23 hectares and includes 15 attractions for all tastes and all ages, including the following: a roller coaster with 10 loops, an indoor family drop coaster, a splash battle, an immersive tunnel, a drop tower and a large aquatic attraction.

These offers are be valid for the summer season and in based on the opening times of the parks. Zoomarine and Hydromania are acquaticparks so they is opened just in the summer season. Rainbow MagicLand and Cinecittà World are opened also for Halloween and Christmas period. The prices and the opening times of the parks could be chaged, so we reconfirm or variate them during your request.

The prices include:  1 nights (and 2 nights for the 3 parks combined) in hotel 3 stars with buffet breakfast,  entrances for the Theme Park/s. N.B: Children prices are valid for children from 1m until 10 years old. Children under 1m are free. The stay tax is excluded from the prices. These are net prices, so agencies must be add their fee.